As I get older I notice more and more how grumpy men can be. Whilst I titled this post “Grumpy Old Men” it really is a catch-all phrase for men aged 40+ who clearly show grumpy signs over anything and everything.

I have spent most of my working life working and living with men and without a doubt, they hit 40 and their grumpy DNA kicks in. I often thought it was the mid-life crisis but I have since learned it is just what happens with men.

From my observing men get angry at the smallest of things and it is not just a wave of anger it is a real hissy fit that goes on and on.

Recently I witnessed a real sulky hissy fit in the office about the coffee not being hot enough and having to further heat it in the microwave. It did not stop there another fellow colleague complained that his hot chocolate from the machine was not hot enough – we are in Summer so how hot do they want it?

The complaint was not once but over and over again during the day that spilled into a week, as a perpetual nagging. Fed up with them being children I checked out the machine, gave it a clean and guess what the milk steamed scalding hot again.

So you would think that was a win? Nope. I then got complaints that the coffee was overflowing in the microwave, grrr of course it was, it was hot already and the microwave was not needed. Could they not tell?

If you have ever listened to talkback radio you will note that the commentators are agitating annoying “Grumpy Old Men.” What is worse they use the public arena to incite and agitate more Grumpy Old Men. Can nobody just be happy?

If you have ever listened to talkback radio you will note that the commentators are agitating annoying “Grumpy Old Men.” What is worse they use the public arena to incite and agitate more Grumpy Old Men. Can nobody just be happy?

It seems not. Take driving for example. Excluding the crazy youth and the drug-addled somehow getting a licence, the Grumpy Old Men are the prime pain in the butt.

A little while ago in the middle of a weekday, I was driving on a quiet local street at the required 50km/hr. A older gent in a small run-about style car pulled in front of me, no big deal. However, what happened for the remainder of the journey was simply the curse of Grumpy Old Man. This gent chose to drive deliberately at 40km/hr and on a regular basis slam on his breaks all the while giving me the finger. He clearly thought he was the speed police even though he ran the risk of me driving up the back of him and he was 10km under the speed limit.

Then there are the men that rant day in and day out. The best example of ranting men is depicted in the series One Foot in the Grave. Whilst this series is centred around an elderly retired man I promise you he represents all men over 40. I encourage you to look up the series, it is available for free on YouTube

Do you know or live with a “Grumpy Old Man”? If so share your story in the comments below. 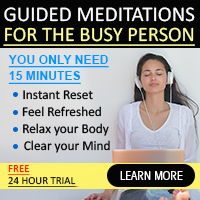